Trapped in a Gilded Cage

Trapped in a Gilded Cage - Pop Songs and their Meanings

HEMMED IN - SISTER OF MERCY in a Big White House

Throughout the history of popular music there have been references to women trapped in the gilded cages of grand mansions  with riches at their command. Their beauty and freedom were usually sold for an old man's gold. Such arrangements invariably resulted in the death of the bird in a gilded cage whose loss of freedom, the indiscretions of a controlling spouse, maltreatment as a bought chattel or the condemnation of the disparity in age was found to be intolerable.

In the Thompson Twins' Sister of Mercy, the bird in the gilded cage finds her confinement, within the mansion of the big white house, so unbearable, that she kills her gaoler.

A price, ultimately has to be paid, by those who swap beauty and freedom for money or security rather than love. In earlier popular songs, the price is usually an early death. In this case, she loses her sanity and moves from one big white house (a mansion) to another (an asylum). The trapped bird, however, escapes her captivity by flying inward to an imaginary paradise beyond pain and suffering, and the reach of her gaolers.

No, sister of mercy, Oh don't cry for me [because I have found refuge in an imaginary world of madness]. 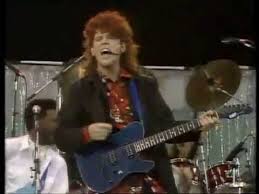 She lives in a big white house
The rooms are lemon and she's devoted to life
of keeping this house just right,
The weekends are perfectly nice,
And she doesn't talk when he comes home at night
Twenty five years she's just the same
She's a lonely woman, quiet in her ways
Then he comes home one night
She kills him with a knife
Now she's the one who's a living in paradise

So have mercy on that woman you don't know the way it's been
You don't know the trouble her eyes have seen
Can you feel the kiss of life when you come home at night?
Well, you better not turn your back on a paradise