Popgoz - Pop Songs and their Meanings 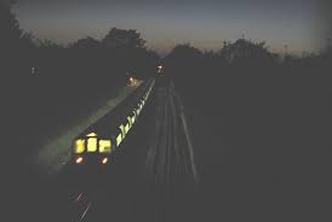 From Irving Berlin's When the Midnight Choo-Choo Leaves for Alabam (1912) through to Gladys Knight & the Pips' Midnight Train to Georgia (1973), Journey's Don't Stop Believin' (1981) and Buddy Guy's Midnight Train (1999).  taking the midnight train, has symbolized leaving and never going back. Midnight, the end of the day, represents the end, usually the end of a former life or love.

Reasons for leaving, taking the midnight train, have included poverty, lack of opportunities, social isolation, the end of a love affair (leaving to forget), homesickness or possibly the end of life, as in The Doors' 'I'm leavin' town. On a midnight train' - The Changeling (1971). 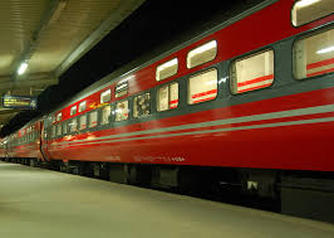 Taking a late night train as in, The Blue Nile's From a Late Night Train (1989), expresses the same sentiments, 'It's over now'. It also expresses a marked reluctance to leave, 'But I can't let go'. Taking the midnight express shows a greater sense of urgency and the need to get out fast.

Journey's 'city boy born and raised in South Detroit', was so desperate to leave, that he was willing to take a midnight train 'goin' anywhere' - Don't Stop Believin'  (1981), also willing to roll the dice, hoping his luck would change, was Buddy Guy, 'I did not care where it was gonna go' - Midnight Train (1999).

The need to take the midnight train to Alabama, presumably from New York, in When the Midnight Choo-Choo Leaves for Alabam was brought on by isolation (Where many weary nights I sat ), homesickness (Thinking of the folks down home) and poverty (I'm goin' to overfeed my face).

Gladys Knight was taking the midnight train, from Los Angeles, along with her partner because he was unable to make a go of his career, 'L.A. proved too much for the man, he couldn't make it.'

He also didn't like the hectic pace of life in La La Land and yearned for the relative peace of the countryside and a 'simpler place and time'.


Pop Songs and their Meanings 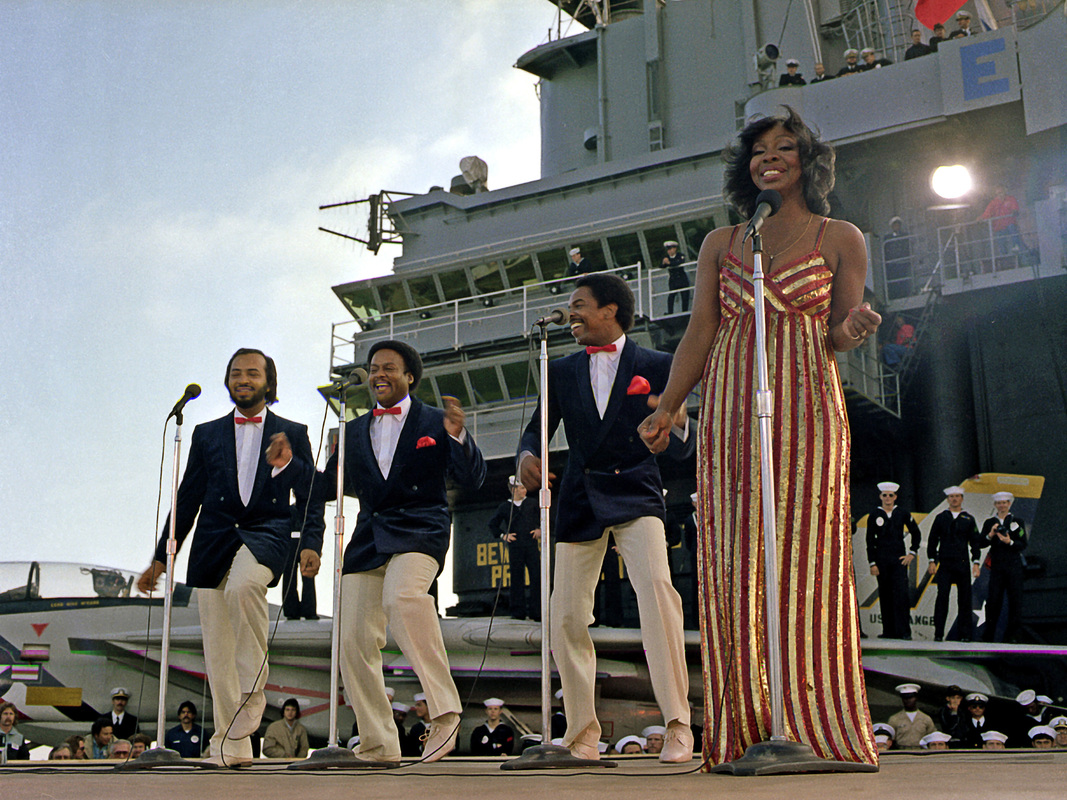 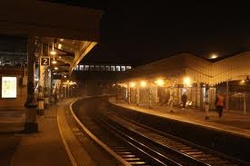 The Blue Nile
From a Late Night Train


Pop Songs and their Meanings 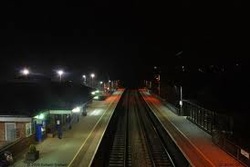 Breaking Free
from the Ties that Bind
When the weather changes for the worse, when love breaks down or bad news is received, it is often symbolised in pop songs by rain.  In a rain lashed town, sometimes there is no reason to stay.

At other times you might be forced to leave. When the rain is falling, your situation can become intolerable. You are unwanted, no longer fit in or become an embarrassment, usually to yourself.   All the rainy pavements lead to the station and the midnight train. 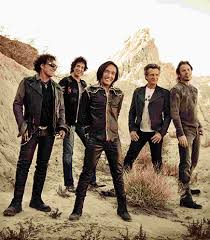 Journey
Don't Stop Believing
American soft rock band Journey released this track, from their Escape album, as a single in 1981. It became a top ten hit in the USA, Canada and Ireland. Elsewhere it made little impression on the charts. Through its subsequent use in films and TV, it has gained global popularity, being one of the best-selling digital tracks ever, with around six million downloads. 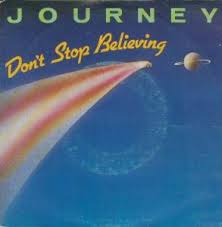 A Midnight Train Goin' Anywhere
Pop Songs and their Meanings

Journey get a little confused here, anyone who has ever lived in a small town or a village will know they are far from being lonely worlds. They are places where everyone knows your name, even if you don't want them to know your name. It is the cold heart of the city that is the loneliest of places, where no one knows your name.

If they mean that she is lonely because she hasn't found a suitable partner, getting on a midnight night train going anywhere is not a good idea. She might end up in Remotesville, Arizona with a population of 7 inhabitants comprised of three ineligible octogenarians, a horse, two cows and a chicken.

The city boy, rolling the dice on the midnight train, was either keen to find better opportunities, a quieter pace of life or a place where everyone knows your name, rather than being lost and unseen in the forest of the city. Either that or his unstated personal situation was so bad he just had to leave Detroit.

No South Detroit? - Living in a Parallel World

Journey's Steve Perry got even more confused, than the small town girl, when he told a New York newspaper that there was no South Detroit. It was purely fictitious. In his confused state he was seemingly ignorant of the fact that all towns have north, south, east and west sides, including Detroit. 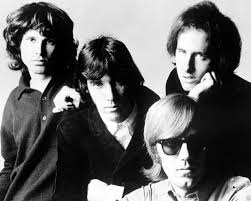 The Changeling - Pop Songs and their Meanings

In the The Changeling life has become so bad, that Jim Morrison & The Doors are thinking of leaving town. They're too broke to be leaving town by the sort of trains that turn up at the local station, and are hinting at taking the final train, Yeah, I'm leavin' town, On a midnight train.

Some months after penning The Changeling Morrison's premature death, at the age of 27 prompted rumours that he actually took the midnight train. However, Morrison's death in Paris in July 1971, through a heroin overdose, given the surrounding circumstances and evidence, was believed to be unintentional.
The Changeling  -  Video NB with Flashing Images
The  Doors  -  The Changeling  -  Lyrics & Pictures 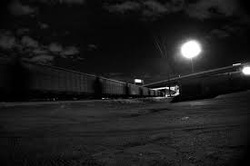 Pop Songs and their Meanings

Kid Rock was continously boarding any form of midnight transport.  He had a problem seeing any day through. By the end of the day, he had seen enough and wanted to get out. Here he takes the slowest form of transport from South Detroit, a midnight ferry. Not in a hurry, choosing a ferry over an express train, things couldn't have been that bad.

A recurring theme, reprised here, is that South Detroit is a bad place to be. You should get out quick. However, if you can't get an airplane or a fast train, leaving at a leisurely pace on the ferry is better than nothing. 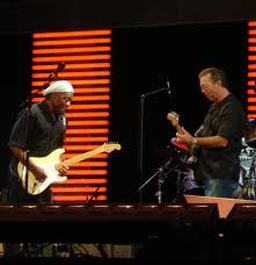 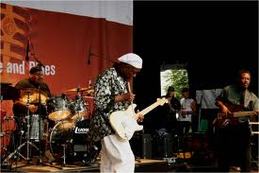 After receiving some terrible news, Buddy Guy was so intent on finding good news, that he even took out the paper and scanned the pages for good-news stories. He was also desperate to leave. But, no matter how desperate you are to leave, sometimes there is no quick way out.  The ticket man at the station, told a disbelieving Buddy Guy, there ain't no midnight train.
Buddy Guy    -   Midnight Train
Buddy Guy - Lyrics & Pictures
Hank Williams
Did you ever see a robin weep or hear the midnight train whining low?

I'm So Lonesome I could Cry
Pop Songs and their Meanings 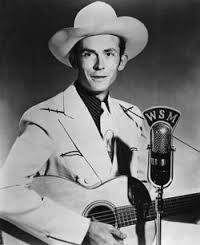 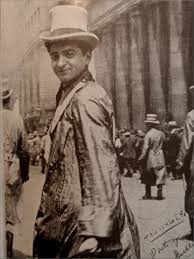 Half-Starved in Dreary New York - I had to get out

Irving Berlin was tired of sitting alone, half-starved, in a dreary New York flat. He was set upon handing back the keys to the landlord and taking the midnight choo choo. 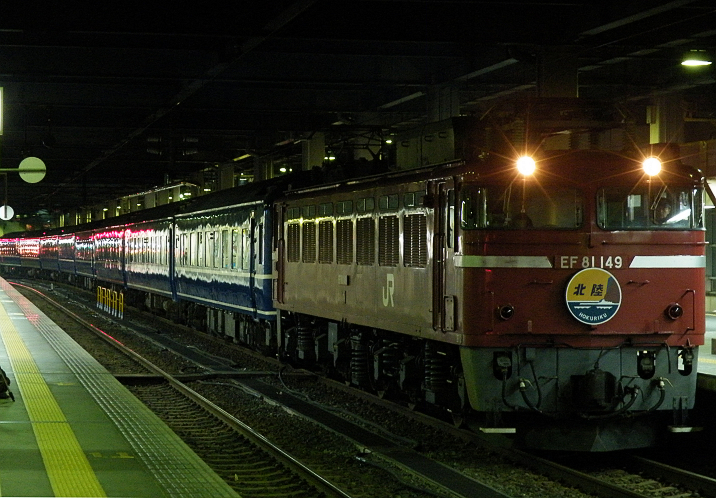 What Song Sums Up Leaving Town - on a Late Night Train ?
Pop Songs & Their Meanings