PopGoz looks at the Disenchanted

RUST BELTS & BURNED OUT TOWNS - POP SONGS AND THEIR MEANINGS

In a single afternoon, eighty homes in central Detroit were burned down, such events were weirdly reassuring, 'as a reminder of the existence of a place so much more profoundly screwed than your own.'
Mark Binelli - The Last Days of Detroit

In the old steel town of Youngstown, Ohio, Time or Newsweek  would would call one of the locals, John Russo, every few months, 'asking if Youngstown had turned the corner yet. Apparently it was
impossible to imagine that so much machinery and so many men were no longer needed.'
George Packer - The Unwinding

The citizens of the rust-belt towns of the U.S. north-east and the mid-west, where manufacturing industry once prospered, were proud to identify themselves and the history of their towns with the industries that dominated those particular towns such as steel-making, auto-making, textiles and so on.


With decline they were no longer auto-makers or steel-makers that had served America so well. They lost their purpose and identity. The factories, mills and social institutions such as churches, clubs, bars, unions, bowling leagues etc., where people met and shared a common purpose and learned to trust each other, had been the sites where civic identity had been built. With decline came the loss of trust and the withdrawal of public services, that made these towns scary places to live. In these feral places doors are triple-locked, cops don't turn up and crime goes unreported.


In fragmented rust-belt towns, citizens regard each suspiciously and feel they have been let down by the auto, steel and textiles companies that had discarded their dedicated employees, and in many cases had swindled them out of legal entitlements and pension rights, and left them to fend for themselves.

Rufus Wainwright's Going to a Town, a song associated with disenchantment with fundamentalist America's hostility to gay rights, also invokes the idea of other alienated communities, that have been let down.


Those in the rust belts are abandoned and are making their own way home. They literally live in towns that have been burnt down. The townsfolk of the rust belts, however, think that it is America as nation or community that has been let down, rather than America letting them down as individuals.


Each has not started out as an individual, 'making my own way home',  hoping that they 'ain't gonna be alone.' Many still subscribe to the idea of our way (a social identity) as being 'the american way'. Time and circumstances are eroding such social identities giving way  to the personal identity of 'my own way'. Such individualised and alienated responses, occasionally, result in some being 'tired of America.' 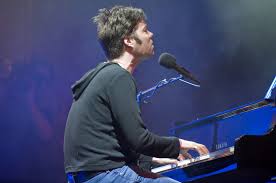 Tell me, do you really think you go to hell for having loved?
Tell me, enough of thinking everything that you've done is good
I really need to know, after soaking the body of Jesus Christ in blood
I'm so tired of America

I really need to know
I may just never see you again, or might as well
You took advantage of a world that loved you well
I'm going to a town that has already been burnt down
I'm so tired of you, America

Making my own way home, ain't gonna be alone
I'm going to a town
That has already been burnt down 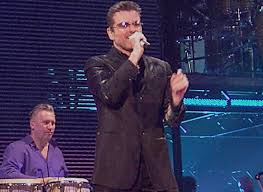